The black saint of the Holy Roman Empire 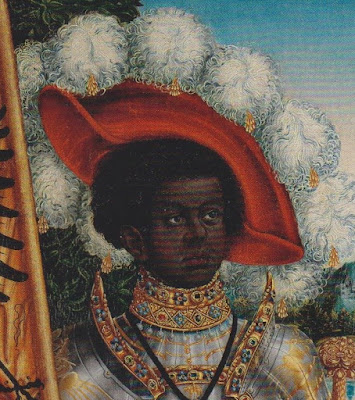 The Metropolitan Museum of Art recently published a monograph about an addition to the collection, a panel by Lucas Cranach the Elder (and his workshop) showing St. Maurice who is wearing the most gorgeous clothes in the whole world.

Here is the whole St. Maurice panel, and below, a second St. Maurice whose panel is still attached to his altarpiece in the Marktkirche, Halle. 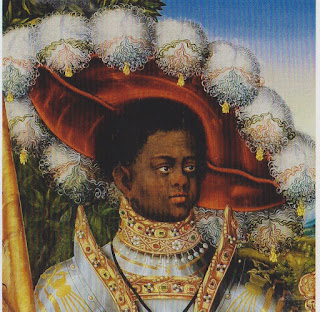 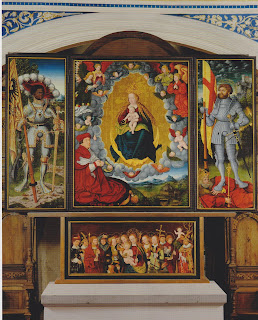 Both of these panels are based on this drawing of a reliquary statue of St. Maurice. 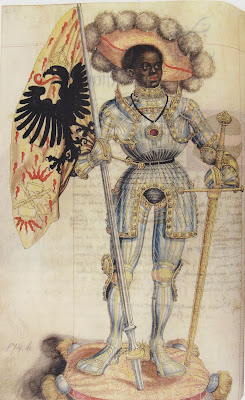 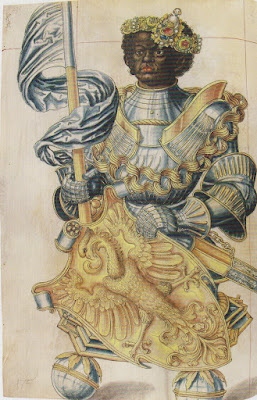 Both drawings from the Liber ostensionis, 1526/27.

According to an account written about 450 AD, St. Maurice was a member of the Egyptian Theban Legion which was composed of Christians. Sent to France and ordered by the Emperor Maximian (ca.250-ca.310) to persecute Christians, they refused, and eventually were all executed. Another version of the story written a little later says that they were martyred for refusing to worship the Roman gods.

By 515 the ruler of Burgundy built a basilica and monastery in Valais for the throngs of pilgrims who were coming to visit Maurice's relics. In the 10th century Maurice's cult was promoted by Otto the Great who ultimately pronounced Maurice patron saint of the Holy Roman Empire. 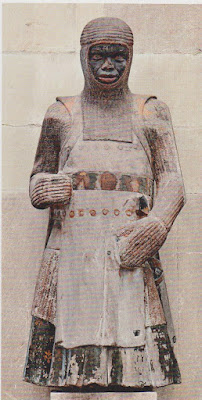 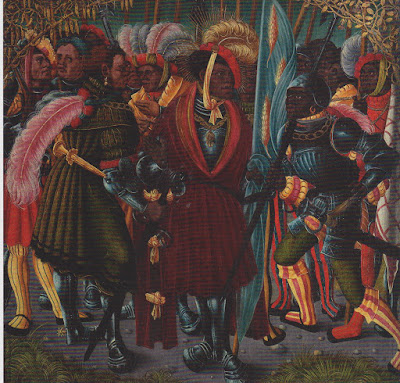 St. Maurice and the Theban Legion.

This panel painting of the Theban Legion dresses them in the spirit of the Vatican's Swiss Guards. The feathered headdresses look as if the painter knew of the tradition that produced. Ag. Alexandros from Kastoria in northern Greece. 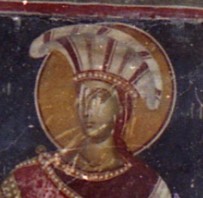 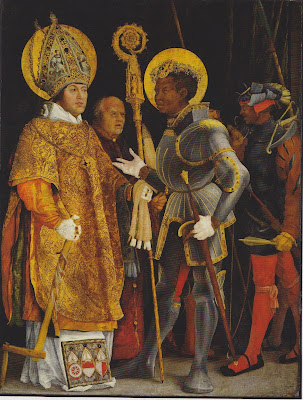 Finally, this Grünewald panel of St. Maurice who gives him the most extraordinarily luminous armor. 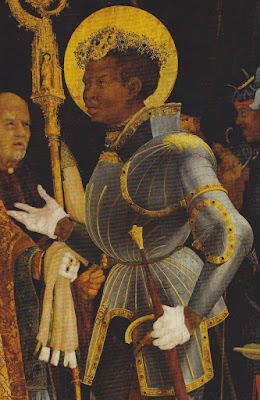