In recovery: The warriors 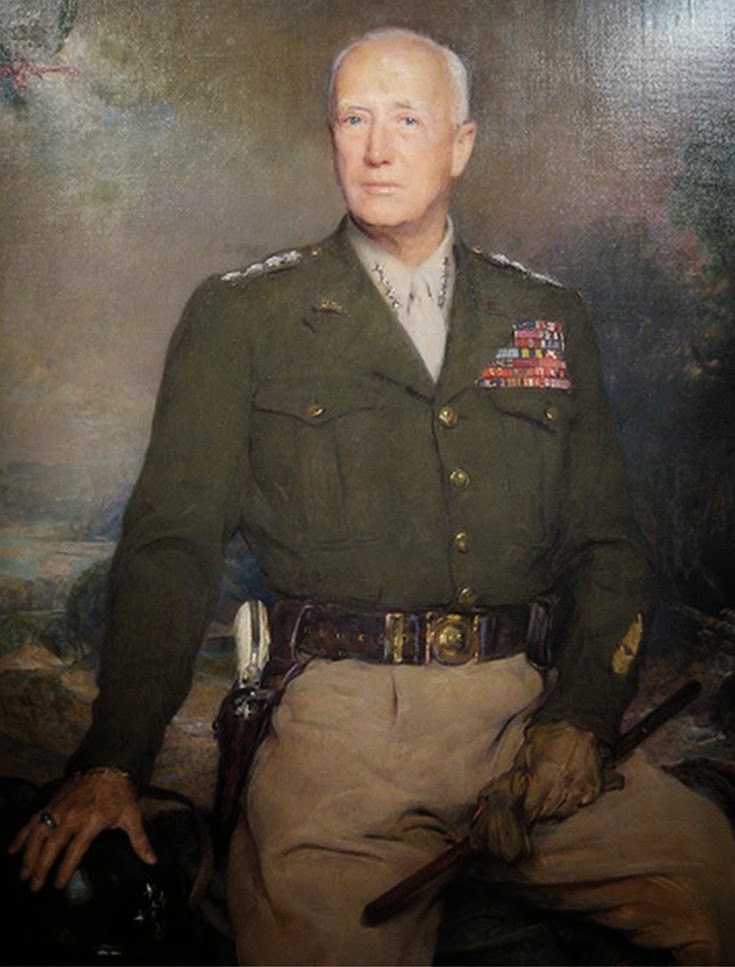 
Here are portraits of warriors, dressed to best dramatize their authority and power. Gritti as Doge of Venice in cloth-of-gold and red velvet and ermine.  Patton in battle jacket and cavalry pants, with his ivory-handled pistols, riding crop, dispatch rider's bag, and his four stars -- two sets of two pairs of four stars. (In the portraits of General Marshall and General Eisenhower in the same room, they each only wear one pair of their five stars, but that was Patton.  A friend of my family was his chaplain when he crossed the Rhine: I grew up hero-worshipping him and kept begging for toy ivory-handled pistols only to be told that they were for boys.) 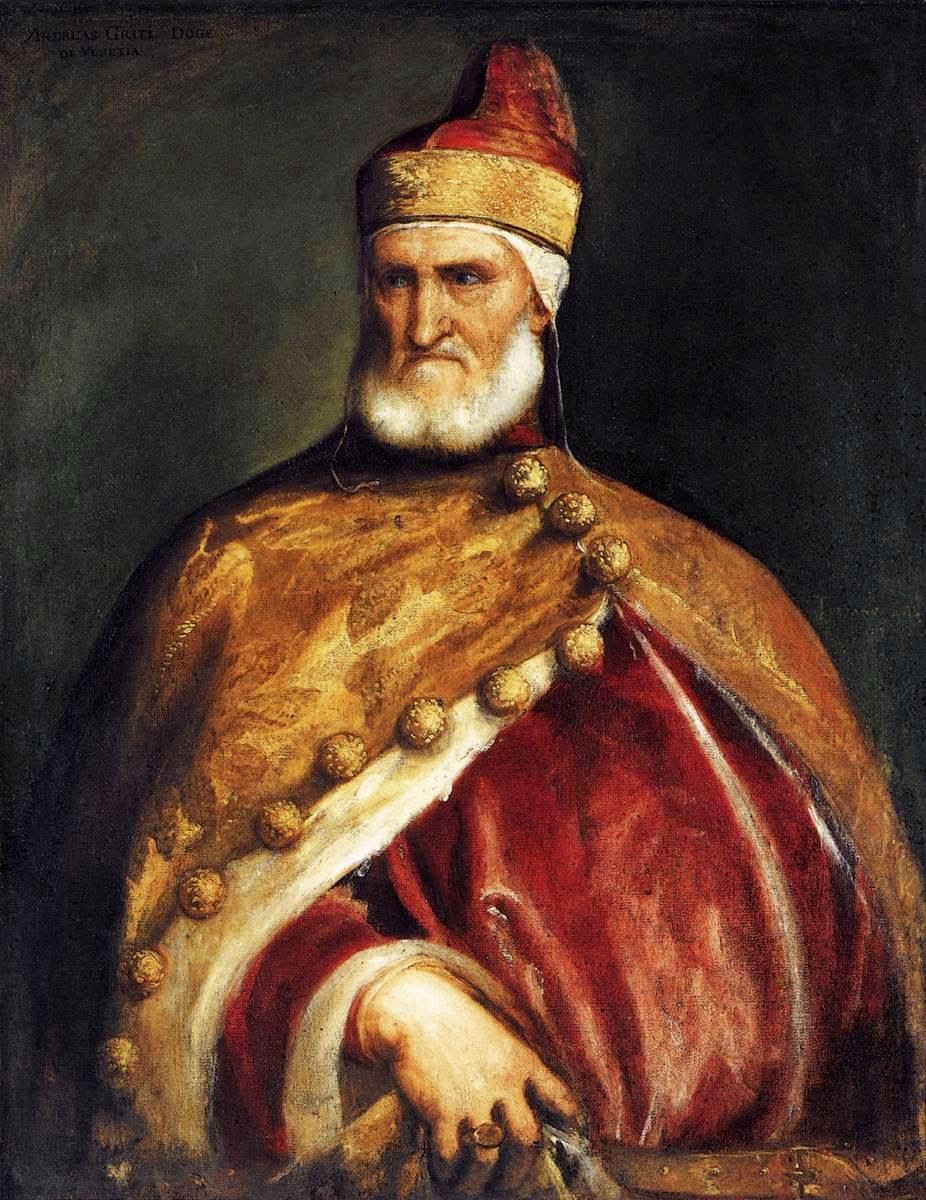 In Washington, in April, the similarity between the men and the portraits struck me.  Both men are wearing old leather belts, so old and worn you can smell the sweat that soaked into them over the years and the wars.   The fancy dress does not portray the essence of the men: the belts do.