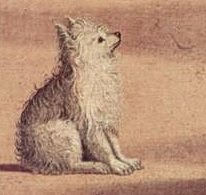 So it is written in the fragmentary chronicles of the Morea, so fragmentary they rarely tell us anything but the year. The First broke out in September, the Fifth in April. The Seventh took 10,000 people in Constantinople in 1409 and was still requiring deaths in Nauplion at Christmas 1410.

In 1416 in Greece, they heard of plague around the Black Sea. If you lived in a port city, you simply waited for it to arrive. In 1417 it reached Constantinople and then the Morea in the summer and stayed for a year. It, or a new Death, broke out in Constantinople in 1419 and lasted into1421. The Ninth erupted in the Morea in 1422 or 1423 from an earthquake, lasting all through 1423. That particular year was remembered because the Turks broke down the wall at the Isthmus of Corinth in May, ravaged into the heart of the Morea and--the chronicles say--the Albanians came to Tavia. The Albanians, mostly recent immigrant herding clans who preferred war, were the only opposition to the Turks. Eight hundred Albanian heads were left at Tavia in June.

The Byzantine year began in September, so deaths reported in one year usually spill over into another year in our calculations. The chronicles stop numbering after the tenth episode of Death, but it is nearly always there in the records. The Venetian Senato warned the ship carrying Manuel II home from the West was warned not to stop there because of the plague that struck in the winter of 1401 and went into the spring. Negroponte had plague in the summer of 1426, Patras in 1430 when people were were weak from the famine of the previous year. A "terrible" plague hit Constantinople in 1435, and the beginnings of the Tenth took the wives of John VIII Palaiologos and his brother Demetrios. It came again in 1447 and1448, moving down to Negroponte where it devoured two-thirds of the city's population over two years, into the Morea, and then to Italy where it fed for four more years. Crete and the Morea were attacked in the summer of 1456 with plague that lasted into the next year. The 1460 plague in Negroponte moved on to Modon for 1461.

The Deaths mostly followed the shipping and trade routes, but Pius II's crusade against the infidels, brought plague from Ancona into the Morea in the summer of 1464. They were already dying on the ships, and ultimately three-fourths of Sigismondo Malatesta's army died, but enough survived to carry it from the west coast to Nauplion, and all across the south. It hung on for years, at least through 1468, supplemented by starvation because of the loss of so many farm workers, either because they had gone for soldiers, or had taken sick, or because those living around the cities disappeared into the mountains for fear of plague. When you count up the years of known plague in the Morea, they take in more than a third of the century.

The chronicles tell us that Moreote outbreak in 1423 was caused by an earthquake, and Halley's comet caused the plague of 1456. In fact, the etiology for 1423 may not be completely off: an earthquake could well dislodge rats and the burrowing rodents that carry the plague fleas, and they certainly associated rodents with plague. The ancients called Apollo "the far shooter," the bringer of plague, and also the mouse god, so possibly he was responsible for the comet, too.
Posted by Nauplion at 5:00 PM